In 1945 there was a well-resourced Campaign called "Save the Forests".  It was a significant campaign with input from a wide range of Government and private organisations.

Roger Smith has provided a collection of pamphlets from that time that were held by his father, Frank Smith, who in 1946 was the "Field Officer" of the Campaign. There are extensive typewritten notes of his activities during this period which may be a useful addition to this article.

The pamphlets are reproduced below. 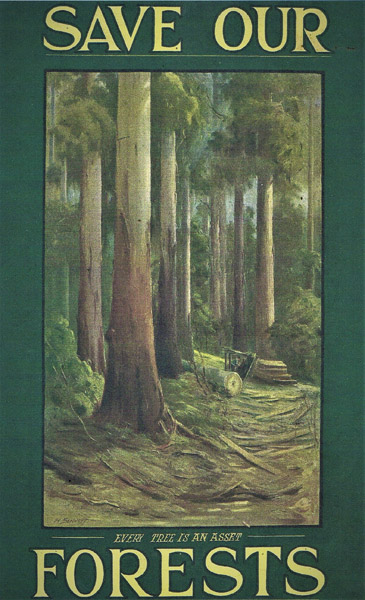